A short history of wallpaper and other curiosities

Before talking about wallpaper and its history, we should make a little detour and start with the pattern and ornament. Those are the key elements for the development of wallpaper. So welcome to the Stone age! Back then, 40 – 30 000 years ago, man started for the first time to decorate objects. Today we probably won't be able to find out the real motivation behind such behavior, but scientists think it was not aesthetically driven and the reasons were rather ritualistic. 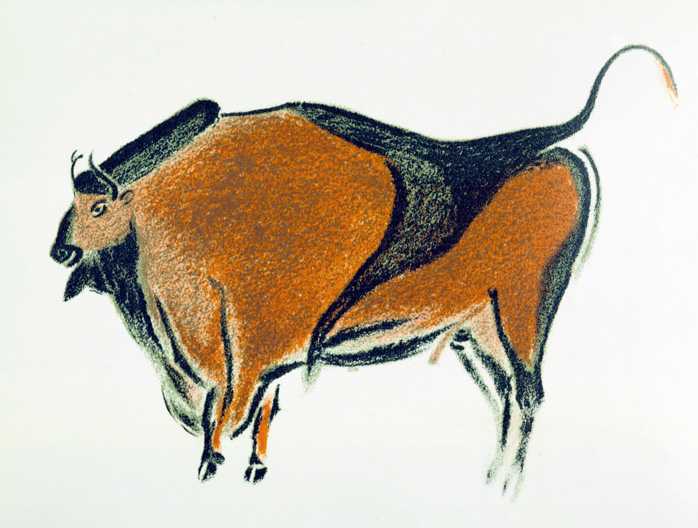 The oldest known patterns were the forms of „X“ or „V“ made of dashes, triangles, polygons, curves and circles. By multiplying and sequencing these simple designs the first ornaments were born. It was a simple decorative geometry. By the way, the word „ornament“ originates from the Latin „omare“, which means „decorating“. Isolated ornament doesn't work, it only acquires meaning when used on some object or material.

The invention of paper

The invention of paper was vital for the wallpaper production. We jumped in time directly to the year 105 AD in China. Although the Chinese kept well their paper-making secret, it eventually got to the Middle East and from there it spread in 12th century throughout Europe.

In the Middle Ages people would hang gilded leather on the wall. This was called Cuir de Cordoue (meaning „from Córdoba“). It's purpose wasn't just to decorate the room but also to provide insulation from the cold stone medieval walls. Another wallpaper predecessor were the tapestries. Paper wallcovering was actually a cheaper substitute for fancy tapestries and Cuir de Cordoue reserved for the wealthy upper class.

Wallpapers were not printed in the beginning, they were rather painted by hand. Here the history can give us already names – it was Jean Bourdichon, French painter and illuminator, who painted 50 rolls of paper with angels on a blue background for Louis XI of France in 1481. The end of the 15th century saw the upsurge of using paper-made wallpapers for decoration. They were used not only for walls, but also as liners for wardrobes and bookcases.

The era of printing

One of the most involved behind the wallpaper boom was the Papillon family from France. Jean Papillon, who is considered the inventor of patterned wallpaper, founded the first factory and in 1688 produced the first paper tapestry. His son Jean-Michel Papillon, famous engraver, started to use hand-carved block designs in matching, continuous patterns, which was strenuous and expensive, but this technique was still widely used all through the 18th century.

The key prerequisite for the production of the wallpaper with pattern repetition was a developed printing industry. That could be found mainly in England and France. Jean-Baptiste Réveillon, haberdashery and paper merchant, started in 1753 to import the wallpaper from England in high volumes. It was a huge success and he didn't even hesitate to invest his wife's dowry into his own production. And a good decision that was, his Papier bleu d'Angleterre brand was so popular that even the Marie Antoinette residence's walls were decorated with his wallpaper and he became an exclusive royal supplier. His wallpapers were craved by the elite and were the sign of prestige. After the French Revolution he had to flee to England, where he opened a new factory. And thus England again became the world's wallpaper industry leader.

Let's stay in England for a while. In the 17th century printing was a common thing here, separately block-printed sheets being abandoned as obsolete. Thanks to the English the world saw the birth of the first, manufacture made, roll of wallpaper in 1830. The production costs were considerably reduced and wallpapers spread everywhere – even in the child's rooms. But the first wallpaper-making machine was in France. French king Louis XVI issued a decree in 1778 that required the length of a wallpaper roll to be about 34 feet, which is approximately 10m (today the European standard is 0,53 x 10,05m). Perhaps they were not rolled yet, though.

In the 19th century wallpaper is mass-produced and technology ceases to be a topic of interest. The number of materials used is steadily growing with the advance of technology. Wallpaper becomes widely accessible for everyone. In the Czech Republic the wallpaper boom started in the 70's and 80's. Wallpaper was made from a thin paper and pasted directly onto the concrete walls. Whoever tried to remove them won't ever forget the endless and hopeless scratching.

Today you can choose among the vlies-, vinyl-, fabric- or the good old paper- based wallpaper. They differ in properties and way of pasting. The main choosing criteria is their design and thanks to the digital print the possibilities are limitless.

Motifs in the history of wallpaper

The textiles served as an inspiration for the floral symmetrical motifs. At that time, mainly the north of Italy was the place where the trends came from. Other designs were inspired by ornaments as seen on Moresque paintings and mosaics. In England the popular motifs were the ancestry portraits and coat-of-arms.

The wooden texture imitation wallpaper was soon replaced by a more popular nature inspired patterns, which were both lavish and sumptuous, in rich colours. As an inspiration served the silk brocade and tapestries depicting the hunting scenes. English patterns imitated textiles: embroidery and lace work. The stucco and marble imitations were also very common.

Many different art styles are reflected in the wallpaper visuals: Art Noveau, Art Deco, Bauhaus, functionalism, pop art and op art. Of course, the wallpaper trends were not influenced only by the fine arts and there are countless of patterns, materials and colors.

Wallpaper in the air

In 1783 the wallpaper produced by Réveillon was used on the first hot air balloon by the Montgolfier brothers. It was launched in Versailles and it was a pretty big event.

From the 17th century the Chinese drew on the white mulberry paper the typical flowers, birds, trees, rocks and pagodas. Although the printing was well known, the hand work and originality was still preferred. These wallpapers, imported to Europe and America, were highly prized and expensive.

Wallpapers were not pasted directly onto the walls in the 17th century, rather they were first pasted to canvas that was tacked onto wooden strainers secured to the unfinished walls with copper nails. To hide them, a narrow horizontal sheet of elegant wallpaper was employed. Although the nails are no longer used, wallpaper borders are still popular.

This was not unusual as on the ceiling the wallpaper will last much longer than on the walls. Quite a lot of them were preserved (for example the wallpaper from the Christ's College in Cambridge). They were in use since the 16th century and the most common decor was the imitation of wood and carved ornaments.

In England the wallpaper was so popular that in 1712 the wallpaper tax was introduced, like on other luxury items and the import was banned. The clerks would start to mark each sheet with a protection tag before pasting, adding another one after applying directly at the customer's homes. People tried to evade this regulation and save the money, so they had the wallpaper painted at their houses before pasting and they would also falsify the tags. The situation escalated so that in 1806 the protection mark counterfeit was punished by the death penalty! 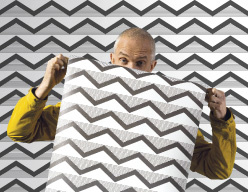 How to paste non-woven wallpaper

To have a perfect looking wallpaper we need a perfect wall.
full article 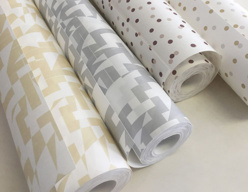 Design is not the only decisive factor when you are buying the wallpaper. Wallpapers are made ​​of different materials, with different properties or ...
full article 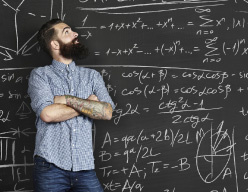 How to calculate the amount of wallpaper I will need?

The correct calculation of the amount of wallpaper you will need for your interior is a key issue. If
full article 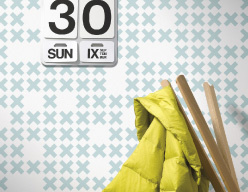 What is the Repeat

You will encounter the word Repeat whenever you have a wallpaper with a repeating pattern. This is an important figure influencing the total amount of ...
full article

How to paste non-woven wallpaper 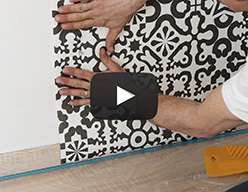 Video tutorial How to paste non-woven wallpaper watch the video 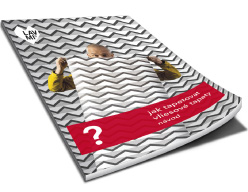 How to calculate the amount of wallpaper I will need? 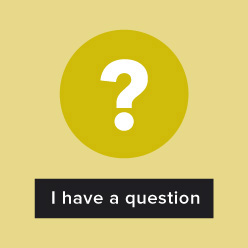 What is the Repeat